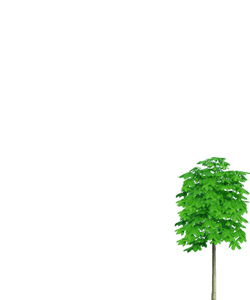 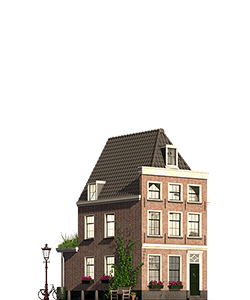 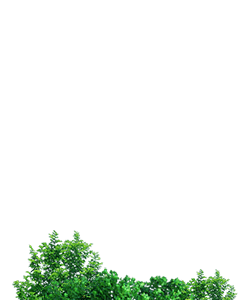 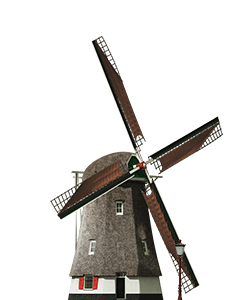 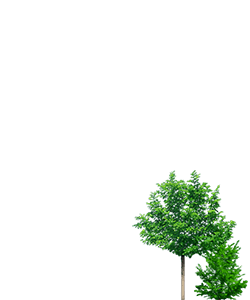 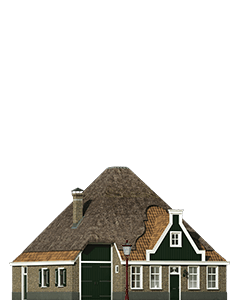 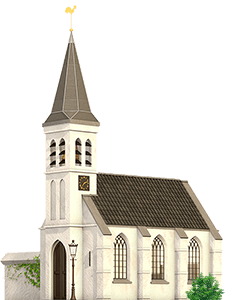 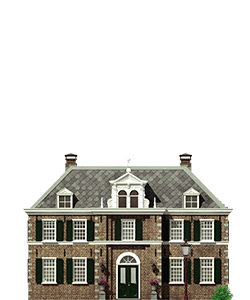 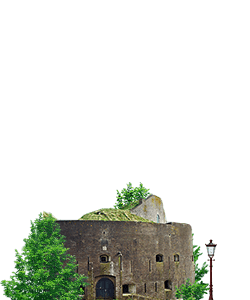 Coen and Sander from Ilpendam: "Our monument can hardly become more sustainable than it is now" 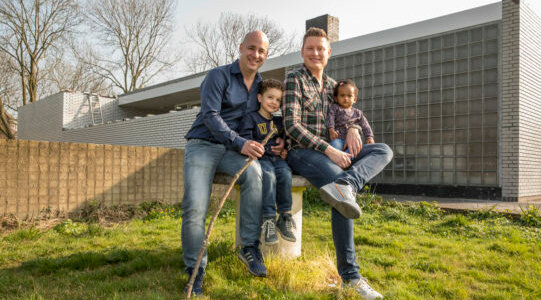 Coen and Sander made their new home more sustainable.

We are Koen (44) and Sander (41) and are fathers of 2 children: Dante aged 5 and Olivia aged 1. We have known each other for 12 years this year and have been engaged for 5 years. Because there we were busy with our two children, the wedding has not happened yet, but we are thinking about getting married in our own garden.

Why did this house appeal to you so much?

Our previous house in Amsterdam was designed by ourselves. A modern villa, equipped with modern ingenuity and sustainable measures. We were very pleased with this "tailor made" house and our neighbors, but still fell in love with this special Rietveld villa in Ilpendam. We discovered this house by accident. We had rented out our house in Amsterdam for a 2-day photo shoot and we went to a bed & breakfast in Ilpendam. We saw that this villa was for sale and although it was not love at first sight, the house stayed in our minds. Our first offer was not accepted, but with a second offer we suddenly became the owner of a new home.

To be honest, at first we had to get used to the idea. What had we gotten ourselves into? We exchanged our fantastic house with all the comfort and isolation in Amsterdam for a post-war Rietveld villa that had to be thoroughly restored. Ultimately, we fell for the beautiful design, in combination with the beautiful location. The house is situated on an island of almost 6000m² just outside the village center, with a view of the meadows and the Ilperveld / Varkensland. Because the plot is located lower than the dike, the Monnickendammerrijweg, the house was built 1 meter above ground level, which makes it look like it stands on a kind of mound. We have an unobstructed view over the meadows, and also see the Amsterdam skyline in the distance.

What makes this house so special?

Although the house is well known nationally and internationally, in the village they call the house "the mayor's residence" because former mayor of Amsterdam, Wim Polak, moved into the house after his term of office. A less reverent name of our house is "the crematorium" because of its design. Not everyone was charmed by this modern design, but Rietveld was way ahead of his time in 1957. At that time, the municipality of Ilpendam only wanted to issue a building permit if the building was hidden from view by a wall with trees! Fortunately, our house is now seen as one of the most successful designs in Rietveld's oeuvre when it comes to private houses.

A nice detail is that a design has also been made for a garden house. This was never built, but we intend to do so to complete the national monument. An old colleague of Rietveld, Bertus Mulder (90 years old), and our restoration architect accidentally found out that Bertus himself worked out the sketches for this in 1962 and translated them into drawings and plans.

What condition was the house in?

Our Rietveld villa was somewhat dilapidated and is of course mainly characterized by its special design and authentic details. The technical ingenuity, luxury and comfort date back to the time it was built.

What have you done to make the house more sustainable and for what purpose?

Our main goal is to reduce the high energy consumption, but the comfort you get in return is also important to us. We initially started with insulating the house as well as possible. What is unique about our house is the large flat roof, which immediately makes you think about good insulation and solar panels. That roof has now been insulated. Another unique feature are the large spaces and large glass areas. Large spaces are more difficult to heat and we also have to deal with the technology of that time, which means that we have convectors in convector wells. We are not allowed to install underfloor heating because the interior is also part of the monument status. The large glass areas mean that we cannot use insulating glass. Today's insulating glass is too thick for the steel frames and the surfaces are too large for monument glass because of the wind pressure. The floor is now insulated from the crawl space and it is still being investigated whether cavity wall insulation is possible. In addition, we now have a completely new central heating system, consisting of a boiler, convectors, radiators and a boiler.

Which measures are you still planning to take?

There will be fans on the convectors, which provide 30% more heat output. We can reuse the heat with a heat-return-win installation (WTW). There will probably also be a hybrid heat pump with solar panels. Ultimately, we then have floor and roof insulation, laminated glass instead of single glass, a new central heating system with fans on the convectors, a heat-recovery system, a hybrid heat pump and solar panels.

Which problems did you face?

We found it very special and especially useful that we were offered sustainability advice from De Groene Grachten by the Municipality of Waterland. However, this advice leaded to questions among the installers, who had to submit a quotation for the new installation and sustainable measures. They thought we could only take insulation measures and that a hybrid heat pump, for example, was not possible for this poorly insulated building. The biggest challenge for us was therefore to convince the installers of the possibilities to make our house more sustainable. It was simply not believed, because the house can only be insulated to a limited extent and the investment is quite high. 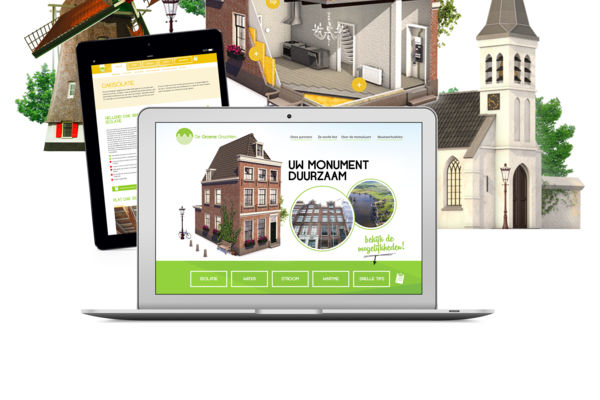 The Green Menu has been renewed

The Green Menu has been updated and expanded which makes it even easier for you to get started. Information about more than 70 measures including information about the implementation. In this article, we explain what you can expect. 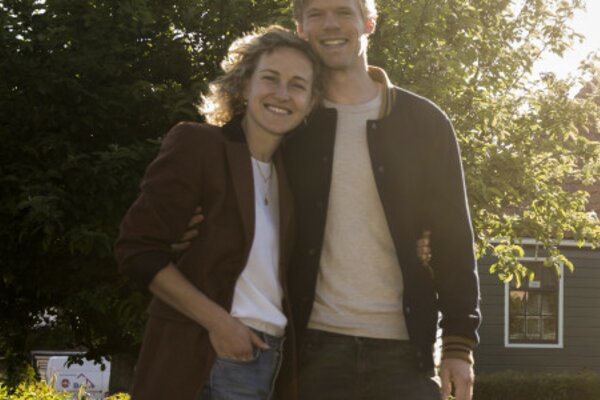 Willem and Lies: "We try to make the farm as energy neutral as possible"

Short introduction
We are Willem and Lies and come from the heart of Amsterdam. When we saw this farmhouse, we immediately fell in love. We received the key in January 2019 and hope to complete the renovation in August. 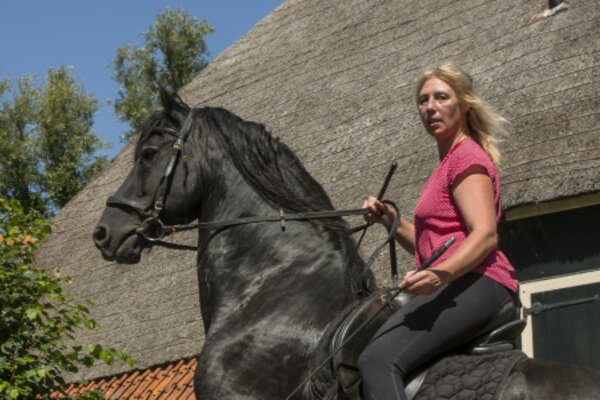 Katja from Beets: "Building sustainably with respect for the authentic character"

Short introduction
My name is Katja Schuitema. Since 2015, I have been living in a unique farmhouse in Beets with my partner and two children. We live there in the part that used to be a shed for the cattle and that was inhabited by the workers ....